A Brand New Flower Show Opened In London
Bloomscape Raises $7.5M To Sell You Plants Of All Sizes 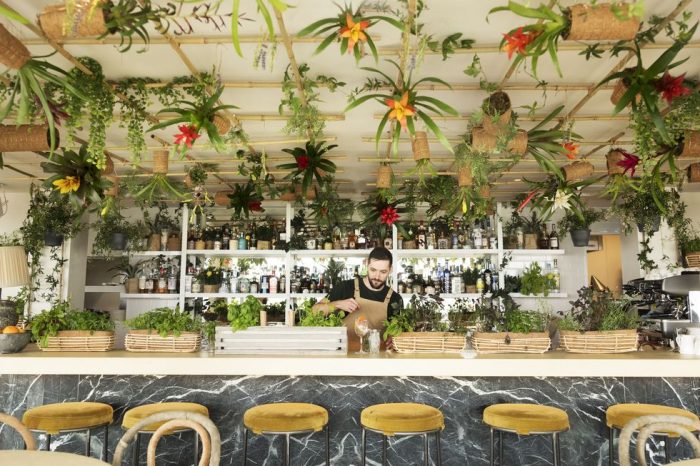 As Instagrammable indoor jungles become the ultimate aspirational goal, we look at why.

For me, it began with a Money Tree and a Kentia Palm named Theresa and Jeremy in summer 2018. Despite being ill-suited to his new conditions (too much sunlight and periods of under and overwatering), Jeremy remained steadfast and refused to give up the ghost. Theresa’s development was slow, and – after a series of unfortunate, tragic domestic events (accidental waterboarding and eventual decapitation) – a replacement was necessary. Pleasingly, Theresa the second is going from strength to strength.

Following the arduous journey of Jeremy and Theresa, I now have 12 house plants that decorate my kitchen, living room and bedroom. That doesn’t include the dried bunches of eucalyptus that are draped over my wardrobe, nor the fresh flowers I currently have in five small vases around my South London flat. My flatmate tells me our living space looks like a cross between Elton John’s house and Kew Gardens, a comment I have interpreted as a compliment. I have braved Colombia Road Flower Market in hail stones because I thought that I’d be in a strong position for a better plant-based bargain (I was right), and I cannot resist asking for botanical additions when it comes to birthdays and Christmases. I am a plant addict…[READ MORE]