13 Ways Plants Can Boost Your Health and Happiness
Do Introverts Or Extroverts Make Better Leaders? 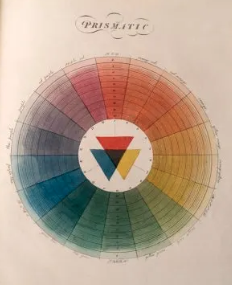 If you want to understand society, look at the way it talks about hue, suggests a new tome from art historian Alexandra Loske.

In the shadow of World War II, modern capitalism was beginning to take shape. Manufacturing was booming. Consumerism was on the rise. Modern ideas about worker productivity were starting to take shape. In 1953, a British designer named Robert Francis Wilson published a book describing how color could make work–and workers–happier. Bright, colorful workspaces make employees healthier, Wilson explained. Drab, gray, messy offices and factories “promote the feeling of depression.” His ideas about color, and how it could transform work, held up a mirror to emerging ideas about labor and the workplace…[READ MORE]