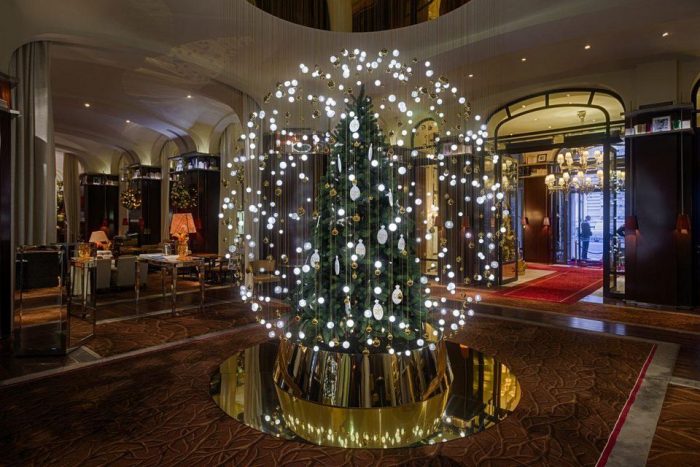 Le Royal Monceau, Raffles Paris is one of those historic landmark hotels in the French capital that has transformed into a modern five-star gem. They were able to make the seamless transition – scooping up a Michelin star for its restaurant and prestigious accolades for its spa along the way – by paying attention to detail. And that couldn’t be more evident than their elaborate floral displays.

Currently being showcased in the lobby is a French Open themed arrangement with greenery and flowers placed in the shape of an oversized tennis racket. They’ve also had a pastel-colored Easter arrangement and a root-exposed spring display. And they’ve placed the important duty in the hands of one man: Baptiste Pitou. In fact, the hotel was so impressed with his work, they hired him exclusively to do their arrangements, and he won’t do floral designs for anyone but Le Royal Monceau…[READ MORE]