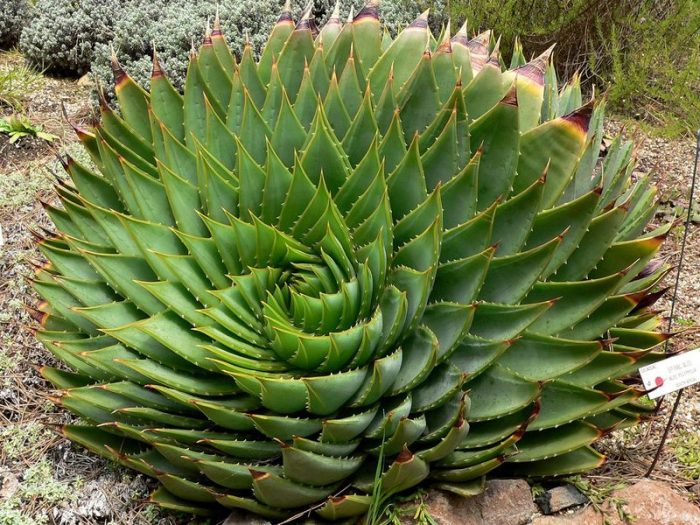 
To the untrained eye, plants may appear to grow rather impulsively, popping out leaves at random to create one big green jumble. Take a closer look, though, and you’ll find that a few curiously regular patterns pop up all over the natural world, from the balanced symmetry of bamboo shoots to the mesmerizing spirals of succulents.

In fact, these patterns are consistent enough that cold, hard math can predict organic growth fairly well. One assumption that has been central to the study of phyllotaxis, or leaf patterns, is that leaves protect their personal space. Based on the idea that already existing leaves have an inhibitory influence on new ones, giving off a signal to prevent others from growing nearby, scientists have created models that can successfully recreate many of nature’s common designs. The ever-fascinating Fibonacci sequence, for example, shows up in everything from sunflower seed arrangements to nautilus shells to pine cones. The current consensus is that the movements of the growth hormone auxin and the proteins that transport it throughout a plant are responsible for such patterns…[READ MORE]