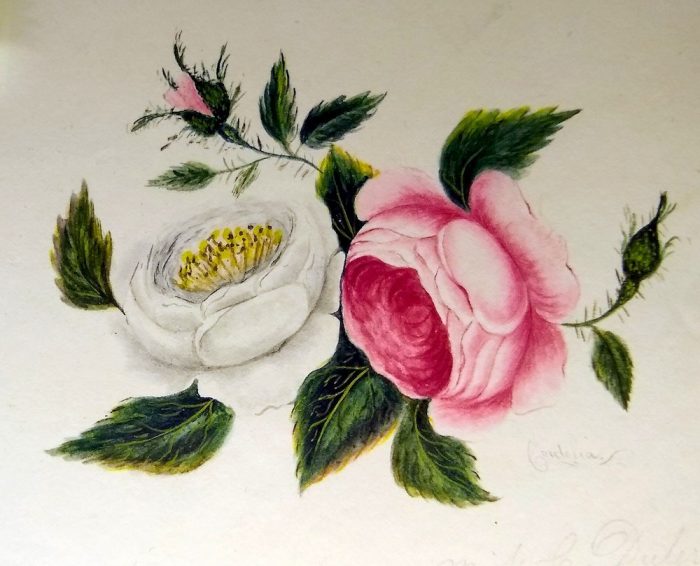 With the Moravian community it was basically two things over and over again: roses and forget-me-nots,” archivist J. Eric Elliott says. “In German, forget-me-not is actually forget-mine-not. The German story is of two forlorn lovers walking along the River Rhine, and for some reason the guy falls off the cliff and as he falls he says, ‘Forget mine not!,’ which means, ‘Forget my love not.’”

The Moravian Archives in Winston-Salem holds 265 years of community history in the forms of family collections, correspondences, diaries, travel books and newspapers, as well as the ongoing stories of flowers in Moravian society. The Languages of Flowers in Moravian Wachovia exhibit, examining the heritage of the Moravians’ employment of flowers in five distinct ways, and the legacy of those floral languages, will be on display in the lobby of the Archie K. Davis Center through April 30 before traveling to the Bethania Visitor Center and the Forsyth County Central Library. Languages is the first of three related exhibits; the second, anticipated this summer, will shine light on four distinguished Moravian botanists and the third will focus on the local evolution of gardens over the last 150 years…[READ MORE]

Source: The Language Of Flowers Unveiled In The Moravian Archives | triad-city-beat.com