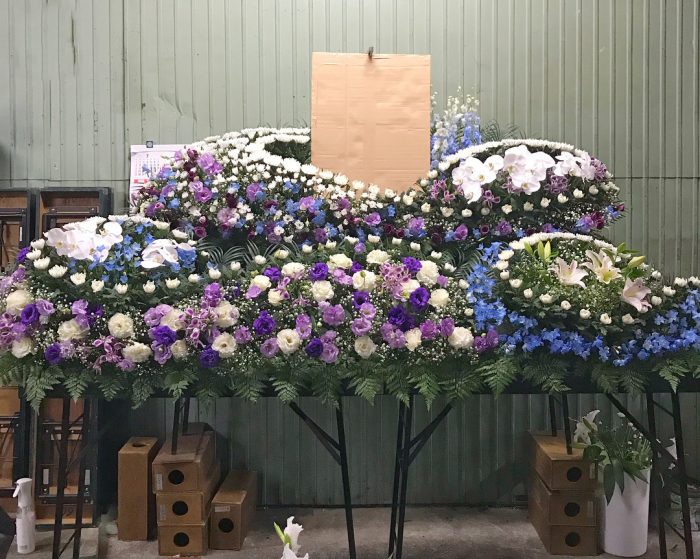 Last weekend, at the farewell ceremony for the late actress Kirin Kiki, a large display of white flowers, designed to look like a wave, greeted the constant flow of family members, fans and celebrities that had come to pay their respects, and to say farewell to the 75-year old who had passed away from cancer on September 15. The white wave of flowers was comprised of roughly 1200 chrysanthemums, orchids, and gypsophila (an ornamental flower known as baby’s-breath in the West).

Relatively speaking, the wave of flowers at Kiki’s farewell ceremony was actually quite modest, in accordance with her wishes for a simple gathering. Attempt to search the Internet for 生花祭壇 (seikasaidan, which literally means fresh flower altar) and you’ll see any number of extravagant designs…[READ MORE]